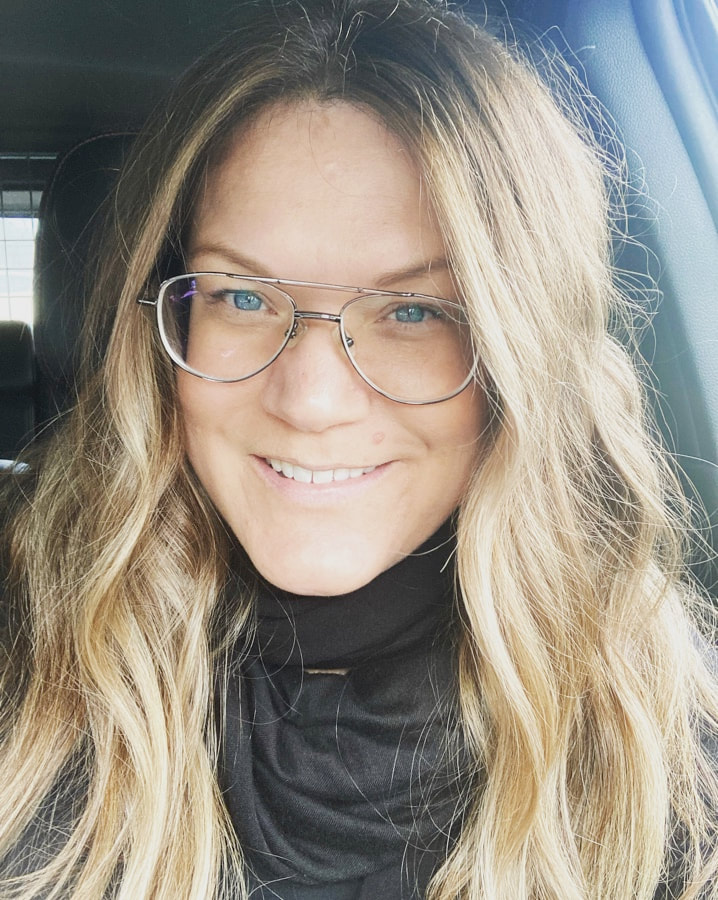 Rebekkah Monitz-Peone began teaching private voice in 2000.  She has performed in various places throughout the world, including:  Germany, France, England, Poland, Canada and the United States.  Almost every travel experience has been linked to a singing tour...something that she is greatly fond of, and so grateful for.

Rebekkah is also a frequent adjudicator at Large Group Festivals and Solo and Ensemble Competitions in Spokane, Coeur d'Alene, Post Falls and Tri-Cities, WA.  Additionally, she was the Vocal Music and Guitar teacher at Coeur d'Alene High School, from 2006 to 2015.  During her time there, her students achieved much success.  More importantly, Rebekkah had the most humbling opportunity to teach the love of music.  Some of her students' achievements included:  consistent Superior Ratings at festivals, 2 wins at the Lionel Hampton International Jazz Festival, as well as students who won their division at District and State levels in solo voice. Her premiere group, The Chamber Singers, were often invited to perform throughout the region...including an invitation by Idaho's First Lady, to perform at the annual Christmas Tree Lighting on the Idaho Capitol steps.  Rebekkah's desire to bring opportunities to her students also included arranging for world renowned, Grammy Award-winning bassist John Clayton, to work with her students.  Rebekkah is credited for creating the GLEE Program at Coeur d'Alene High School, which began in 2010.

One of the most common questions that Rebekkah gets asked is, "what kind of singing do you teach?"  In a nutshell, Rebekkah teaches people how to sing properly, utilizing the classical tradition as her compass.  Classical singing is the "ballet" of singing...meaning, it gives you a proper baseline, so that you can adequately navigate all different types of singing genres.  Her students range from opera singers, to musical theatre actors, to rappers, to lead singers of rock bands.  Ultimately, we tackle all kinds of music in lessons, and the various manipulations, to get to the desired end goal.  But again, Rebekkah uses the classical tradition to help students find their voice.

Her private voice students consistently earn Superior Ratings at Solo & Ensemble, and consistently qualify for State Solo, All State Honor Choir and All Northwest Honor Choir.  Her voice students also receive Gold and/or Silver Medals at music festivals every year.  At these festivals, her students have worked with some of the best singers/adjudicators in the music world...including Fredrick Martell and MaryAnn McCormick, of The Metropolitan Opera.

Students often tell Rebekkah that they appreciate her dedication to tailoring voice lessons to each individual student.  She is eager to help every student reach their unique goals.

Rebekkah is an Idealistic Creator/HSP/Professional Voice Finder.  She has lived in the Pacific Northwest for over 32 years...at one point she was an avid lover of triathlons and marathons...but lately, she's been doing a lot of hiking and anything else that gets her into the great outdoors.  Surfing was her favorite pastime when she lived two blocks from the beach, and competitive archery was one of her favorite sports as a child.  She loves coffee, scarves and fanny packs (yes)...and has been known to choreograph a mean flash mob.  Finally, Rebekkah is so grateful for God's gift of music.  Thanks for reading. 🙏